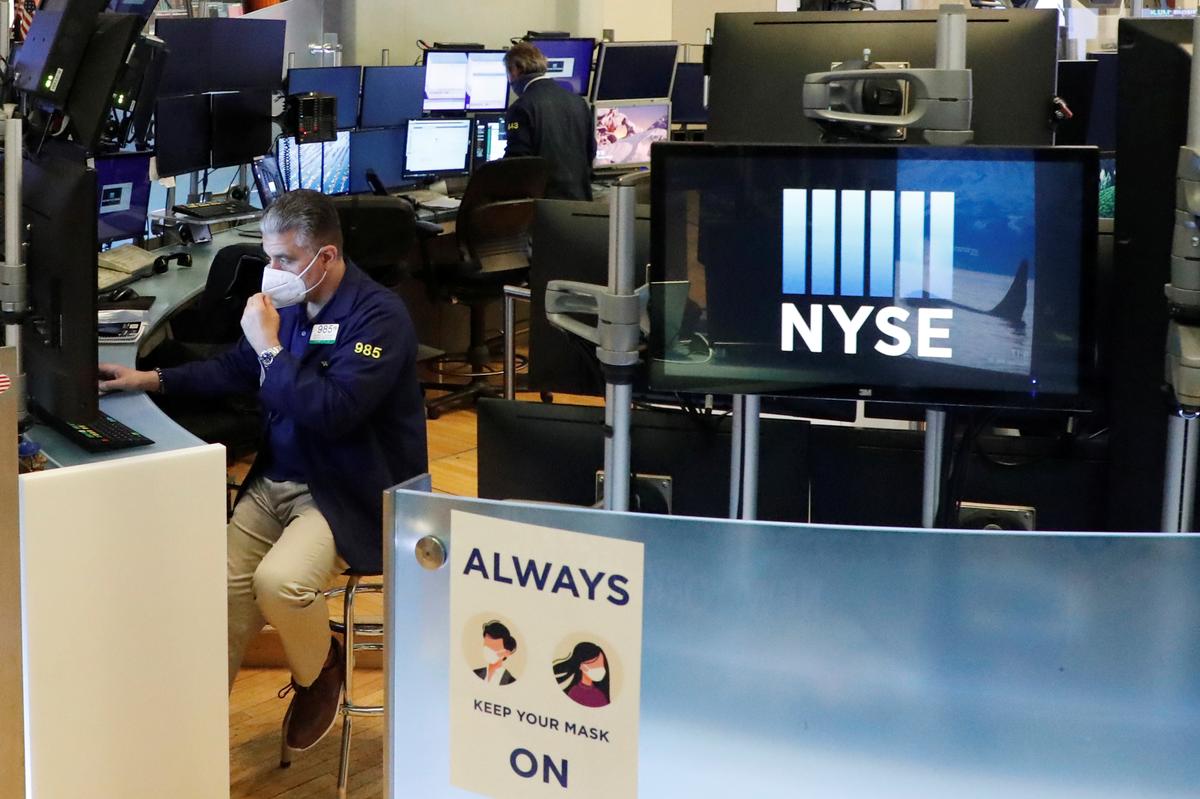 (Reuters) – U.S. stocks advanced on Tuesday after a record surge in May retail sales revived hopes of a swift post-pandemic economic rebound, with sentiment also lifted by data showing reduced COVID-19 death rates in a trial of a generic steroid drug.

A trader adjusts his mask as he works on the floor of the New York Stock Exchange as the outbreak of the coronavirus disease (COVID-19) continues in the Manhattan borough of New York, U.S., May 28, 2020. REUTERS/Lucas Jackson

A Commerce Department report showed overall retail receipts rose 17.7% last month as Americans resumed spending after weeks of lockdown, although the rebound retraces only a fraction of the historic drops in March and April.

Retailers Kohl’s Corp and Nordstrom Inc surged 7% and 14%, respectively, and were among the top advancers on the S&P 500 index.

Meanwhile, results from a UK-led trial showed giving low doses of generic steroid drug dexamethasone to patients admitted to hospital with COVID-19 reduced death rates by around a third among severe cases.

Fed Chair Jerome Powell told U.S. lawmakers on Tuesday that while the economic data is encouraging, a full recovery will not occur until the Americans are sure that the health crisis has been brought under control.

The S&P 500 hit session low after news that Beijing had sharply ramped up restrictions on people leaving the city in an effort to stop the most serious coronavirus flare-up since February from spreading.

The benchmark is now only about 8% below its all-time high hit four months earlier, although the pace of gains have slowed since the Fed issued a grim economic outlook last week.

“Right now, prices are skyrocketing and fundamentals are going nowhere. I need to see upward revisions to earnings forecasts for me to begin to feel better about this market,” Stovall said.

All 11 S&P sub-indexes were trading higher, led by a 2.8% jump for the healthcare index.

Eli Lilly and Co advanced 17.3% after its breast cancer therapy Verzenio met the main goal of reducing the risk of it returning in the early stages in a late-stage study.

Reporting by Devik Jain and Medha Singh in Bengaluru; Editing by Shounak Dasgupta and Arun Koyyur