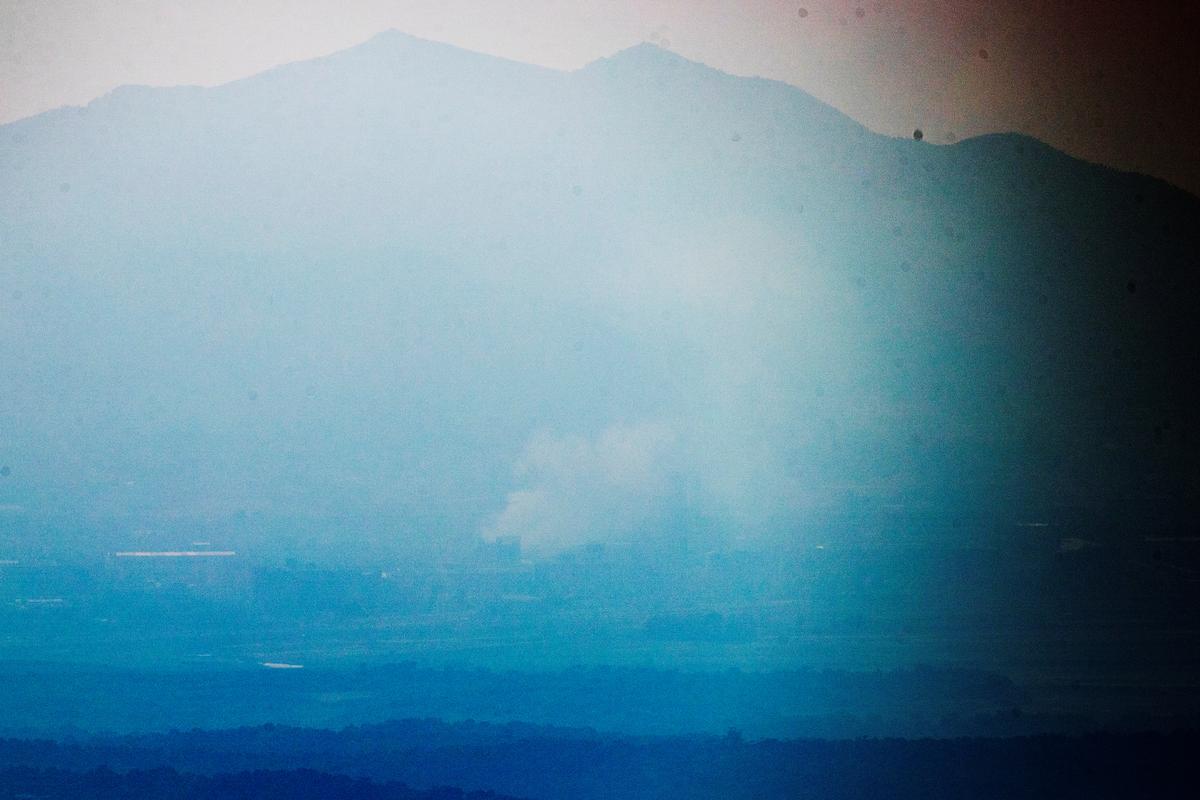 SEOUL (Reuters) – North Korea on Tuesday blew up a building set up in 2018 in a border town as a joint liaison office to foster better ties with South Korea after threatening action if North Korean defectors went ahead with a campaign sending propaganda leaflets into the North.

The destruction of the building, which had been closed since January due to the coronavirus fears, was a major setback to efforts by South Korean President Moon Jae-in to coax North Korea into cooperation. It also appeared to be a further blow to U.S. President Donald Trump’s hopes of persuading North Korea to give up its nuclear weapons and open up to the outside world.

Surveillance video released by South Korea’s defence ministry showed a large explosion that appeared to bring down the building. The explosion also appeared to cause a partial collapse of a neighbouring 15-storey high-rise building that had served as a residential facility for South Korean officials who staffed the liaison office.

When the office was closed in January, South Korea said it had 58 personnel stationed there.

“We are aware that North Korea destroyed the liaison office in Kaesong and remain in close coordination with our Republic of Korea allies,” a senior Trump administration official said.

The U.S. State Department did not immediately comment, but announced that Deputy Secretary of State Stephen Biegun, the top U.S. official dealing with North Korea, would travel with Secretary of State Mike Pompeo to Hawaii on Tuesday.

The destruction of the building “broke the expectations of all people who hope for the development of inter-Korean relations and lasting peace on the peninsula”, deputy national security advisor Kim You-geun told a briefing.

The first diplomatic mission of its kind, the liaison office was established in 2018 as part of a series of projects aimed at reducing tensions between the two Koreas.

Russia said it was concerned about the situation on the Korean peninsula and called for restraint from all sides.

Kaesong Industrial Complex is shrouded by smoke in this picture taken from the south side in Paju, South Korea, June 16, 2020. Yonhap via REUTERS

Reclusive North Korea and the democratic South are technically still at war because their 1950-53 conflict ended in a truce, not a treaty.

Tensions have been rising over recent days with North Korea threatening to cut ties and retaliate over the propaganda leaflets, which carry messages critical of North Korean leader Kim Jong Un including on human rights.

KCNA said the office was blown up to force “human scum and those, who have sheltered the scum, to pay dearly for their crimes”.

Several defector-led groups, which North Korea refers to as “human scum”, have regularly sent flyers over the border, together with food, $1 bills, mini radios and USB sticks containing South Korean dramas and news into North Korea, usually by balloon or in bottles by river.

The building had originally been used as offices for managing operations at the Kaesong Industrial Complex, a joint venture between the two Koreas that was suspended in 2016 amid disagreement over the North’s nuclear and missile programmes.

South Korea spent at least 9.78 billion won ($8.6 million) in 2018 to renovate the building. When it was operating, South Koreans worked on the second floor and North Koreans on the fourth floor. The third floor held conference rooms for meetings between the two sides.

On Saturday, North Korean state media reported that Kim Yo Jong, the sister of the North Korean leader and a senior official of the ruling Workers’ Party, had ordered the department in charge of inter-Korean affairs to “decisively carry out the next action”.

“Before long, a tragic scene of the useless north-south joint liaison office completely collapsed would be seen,” she was reported as saying.

Earlier on Tuesday, North Korean state media quoted the military as saying it had been studying an “action plan” to re-enter zones that had been demilitarized under the 2018 inter-Korean pact and “turn the front line into a fortress”.

South Korea’s defence ministry called for North Korea to abide by the 2018 agreement, under which both sides vowed to cease “all hostile acts” and dismantled a number of structures along the heavily fortified Demilitarized Zone between the countries.