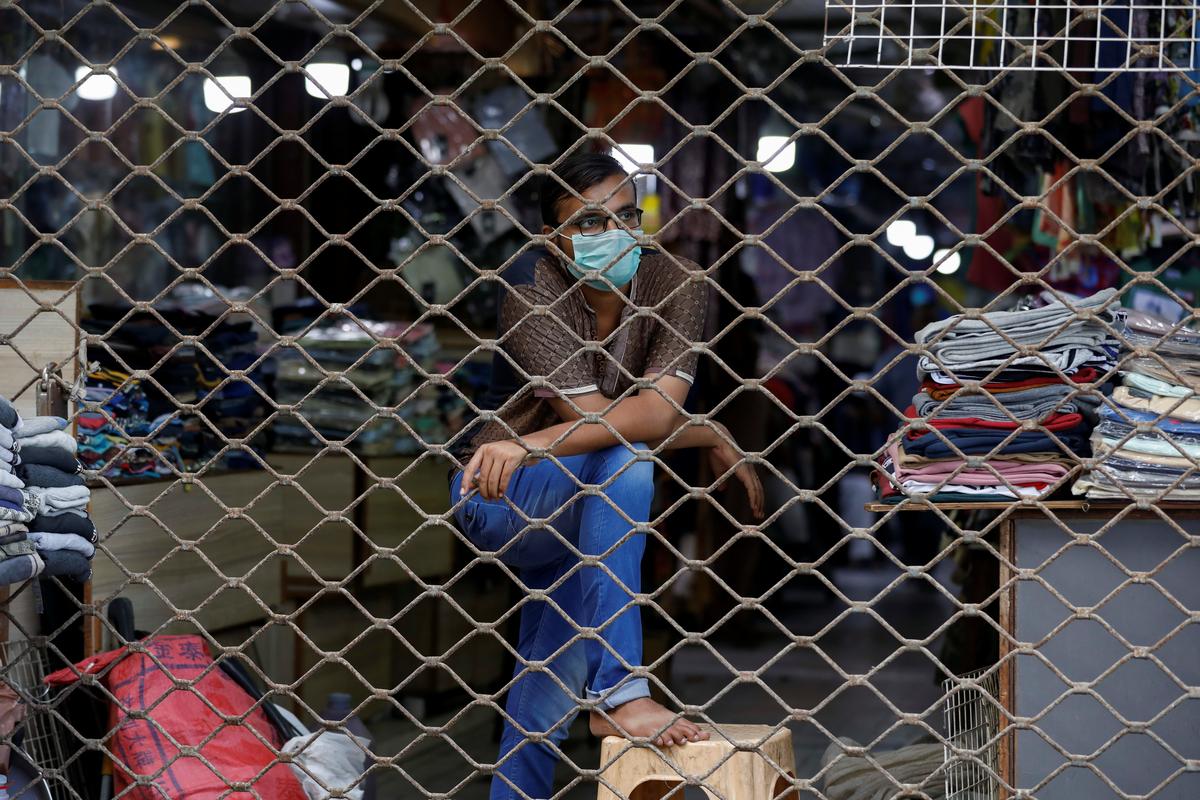 ISLAMABAD/LAHORE, Pakistan (Reuters) – Pakistani authorities said they will re-impose strict lockdowns in selected areas of several cities from Monday night, a day after the federal government said COVID-19 cases could multiply eightfold by the end of July and hit 1.2 million.

A garment seller wears a protective face mask as he waits for customers behind the roller shutter of a market, as the outbreak of the coronavirus disease (COVID-19) continues, in Karachi, Pakistan June 15, 2020. REUTERS/Akhtar Soomro

The South Asian country lifted its countrywide lockdown on May 9, citing economic stress, and has since seen infection rates rise from 1-in-10 tests to more than 1-in-5.

“A total of 20 cities across Pakistan have been identified as having likely increase in ratio/speed of infection which needs restrictive measures for containment,” a statement by the body that coordinates the national response to the virus said on Monday.

Pakistan has reported 144,477 cases of the respiratory illness and 2,729 deaths so far.

However, the rate of daily cases has been rising fast in the country of 207 million, a point noted by the World Health Organisation in a letter to Pakistani authorities last week.

One of the cities that will see fresh restrictions is the densely populated eastern metropolis of Lahore, the capital of Pakistan’s largest province Punjab.

A senior official told Reuters a number of areas of Lahore would be sealed for two weeks, with entry or exit barred, and government-issued safety guidelines would be enforced in markets using paramilitary forces.

On Sunday, Planning Minister Asad Umar said cases could double by the end of June to 300,000, and reach 1 million to 1.2 million by the end of July if current trends continued.

Reporting by Mubasher Bukahri in Lahore and Jibran Ahmad in Peshwar; Writing by Umar Farooq; Editing by Gibran Peshimam and Hugh Lawson