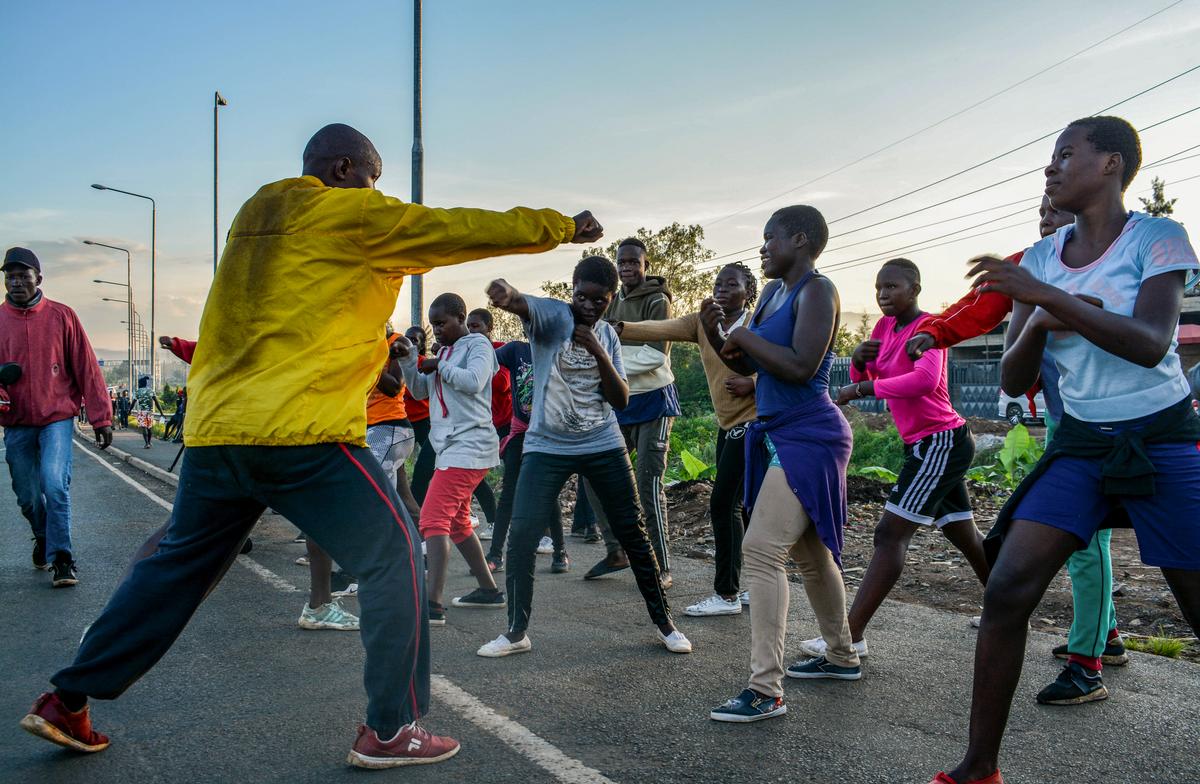 KISUMU, Kenya (Reuters) – Kenya taekwondo champion Vincent Ochieng usually trains in school sports halls in Kisumu, but now he is working out with hundreds of other people on the gritty surface of the western city’s biggest highway flyover.

Athletes exercise amid the coronavirus disease (COVID-19) outbreak along the highway flyover in Kondele estate of Kisumu, western Kenya May 21, 2020. REUTERS/Fred Ooko NO RESALES. NO ARCHIVES

The government closed sports facilities in March as part of measures to contain the spread of the novel coronavirus, leaving athletes like Ochieng, who was looking forward to representing Kenya at the World Taekwondo Championships in China in October, with nowhere to train.

“We are planning to represent the country in October … in China Taekwondo World Cup, but unfortunately this COVID-19 is with us and we don’t know when it’s going to end. We just hope it ends before the tournament time,” Ochieng told Reuters as he trained with other sportsmen and women.

Ochieng, a six-times national champion who trains with his daughter, has represented Kenya in tournaments in South Korea, Rwanda, Ethiopia and Sudan.

Working out alongside him is Evelyne Akinyi, a welterweight boxer and national team member who started the sport five years ago and has competed in Morocco and Senegal.

“Two days after our return from Senegal we got news that coronavirus had hit Senegal,” Akinyi said after doing sit-ups and practising punches with her coach.

“That did not stop me from training. I am training, should there be a match soon.”

The early morning sessions attract about 400 other residents, including football and basketball players and musicians.

Some people disapprove, however, saying the training sessions violate government orders to avoid gathering in groups.

“Let us train at home, let us do our things at home so that we can fight against this disease,” Kisumu resident Daniel Otieno said as he walked past the flyover.