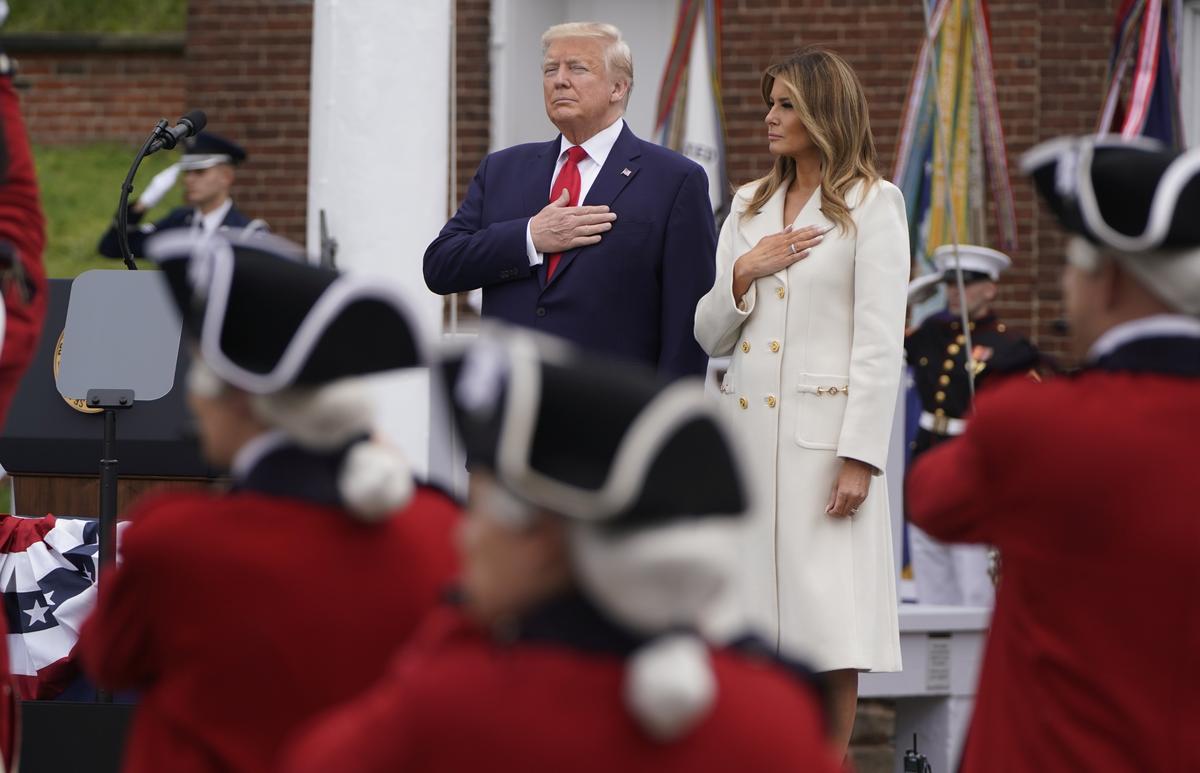 U.S. President Donald Trump and first lady Melania Trump hold their hands over their hearts for the National Anthem during ceremonies commemorating the Memorial Day holiday at Fort McHenry in Baltimore, Maryland, U.S., May 25, 2020. REUTERS/Joshua Roberts

ARLINGTON, Va./BALTIMORE (Reuters) – President Donald Trump paid tribute to fallen members of the U.S. military on Monday to mark the Memorial Day holiday while defending his decision to spend most of the weekend playing golf as the U.S. death toll from the coronavirus outbreak neared 100,000.

“Some stories about the fact that in order to get outside and perhaps, even a little exercise, I played golf over the weekend. The Fake & Totally Corrupt News makes it sound like a mortal sin – I knew this would happen!,” Trump tweeted, saying this was the first time he had played in nearly three months.

Before becoming president, Trump had repeatedly criticized his predecessor, Democratic President Barack Obama, for playing golf, including during the 2014 Ebola outbreak.

The United States has more than 1.6 million infections, the highest in the world, while forecast models for possible COVID-19 deaths predict the death toll will exceed 100,000 by June 1. But almost all 50 states have begun relaxing their coronavirus restrictions.

Trump, a Republican who is running for re-election in November, is eager to have the pandemic-stricken economy in at least somewhat better shape by the fall to bolster his chances of staying in the White House.

He has been urging state governors to reopen their economies and encouraging Americans to restart activities that have been shuttered because of the pandemic.

On Friday he told governors to allow places of worship to reopen over the weekend and threatened, without explaining what authority he would use, to overrule them if they declined. {nL1N2D41GJ]

He has also stepped up his travel schedule in recent weeks. On Monday, he paid a visit to Arlington National Cemetery for a wreath-laying ceremony and then attended a ceremony at the Fort McHenry National Monument and Historic Shrine in Baltimore.