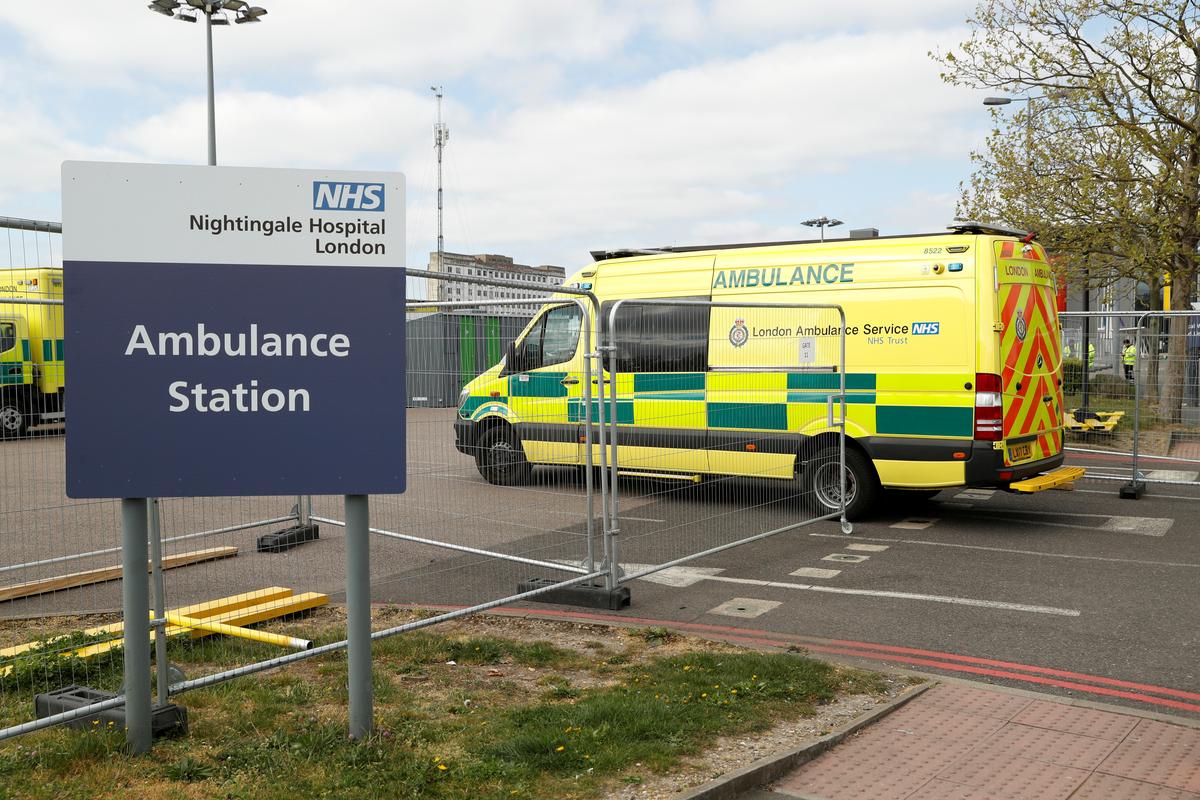 LONDON (Reuters) – Britain’s death toll from the coronavirus could run some 15% higher than official figures have indicated so far, according to broader data published on Tuesday that include deaths in the community such as in nursing homes.

The Office for National Statistics said 6,235 people in England and Wales had died by April 3 with mentions of COVID-19 on their death certificates.

“When looking at data for England, this is 15% higher than the NHS numbers as they include all mentions of COVID-19 on the death certificate, including suspected COVID-19, as well as deaths in the community,” ONS statistician Nick Stripe said.

Unlike the daily data published by the government that show only deaths in hospitals, Tuesday’s figures include deaths in the community, such as at nursing homes.

During the week to April 3, deaths mentioning COVID-19 accounted for 21.2% of all deaths, compared with 4.8% in the previous week.

The latest daily death toll for the United Kingdom published showed a total of 11,329 people had died in hospitals as of Sunday at 1600 GMT across after testing positive for coronavirus.