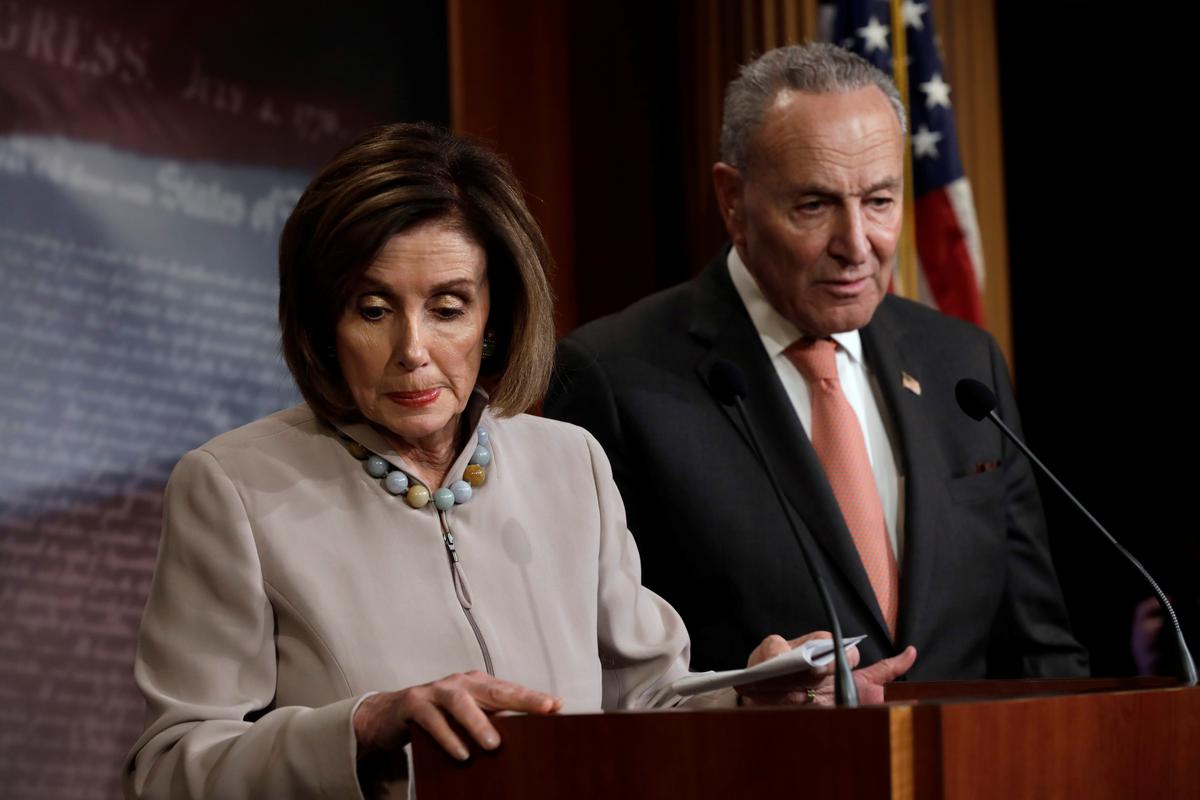 WASHINGTON (Reuters) – The U.S. Congress struggled to produce a fresh coronavirus relief bill on Monday, as a stubborn standoff between Republicans and Democrats complicated the challenge of passing legislation with most lawmakers out of town.

Senate Republicans, who are pressing lawmakers to agree to$250 billion in additional small business aid, chose not to bring the measure forward during a brief session, after Democrats reaffirmed their own demands for broader legislation.

“It’s time for the Republicans to quit the political posturing by proposing bills they know will not pass either chamber and get serious and work with us,” House of Representatives Speaker Nancy Pelosi and Senate Democratic leader Chuck Schumer said in a joint statement.

The standoff began last week with a skirmish on the Senate floor, where Republicans failed to pass a narrower measure to provide a fresh $250 billion to small businesses over Democratic opposition.

Republicans then blocked a Democratic measure that included the same $250 billion but set aside some of the lending for community banks to aid minority-owned and rural businesses, and provided further aid to hospitals and a federal food program for the poor. Democrats and state governors also want to include aid to help state governments on the front line of the outbreak.

But Republican Senator Dan Sullivan, who presided over the Monday pro forma session lasting less than one minute, said the Republican bill is needed because money for small business is beginning to run out.

“Will there be an opportunity to talk about the other programs? Yes, but a lot of us haven’t even spent any of the money at all,” Sullivan told reporters.

The $250 billion in small-business loans would be in addition to $349 billion allocated by Congress in a $2.3 trillion measure passed last month following an earlier partisan standoff.

With Congress on recess and much of the country shut down, congressional leaders have tried to avoid calling members back to Washington. That has limited the options for moving legislation to unanimous consent and other parliamentary methods that require only a limited number of lawmakers to be present.

“I’ll tell you, I have no interest in going back now. How do you get there? Train? Plane?” Representative Nita Lowey, the 82-year-old Democratic chairwoman of the House Appropriations Committee, told the government cable television channel C-SPAN.

“People across the country are not going to take the chance,” she added.

The Democrats’ latest push for broader legislation cited Republican President Donald Trump’s hopes of starting to reopen the U.S. economy on May 1, by underscoring the need for additional national coronavirus testing.

“We all desire an end to the shutdown orders so we can get Americans back to work and back to normal. However, there is still not enough testing available to realistically allow that to happen,” Pelosi and Schumer said. “It cannot wait.”

The United States has recorded more fatalities from COVID-19 than any other country, more than 22,200 as of Monday, according to a Reuters tally.