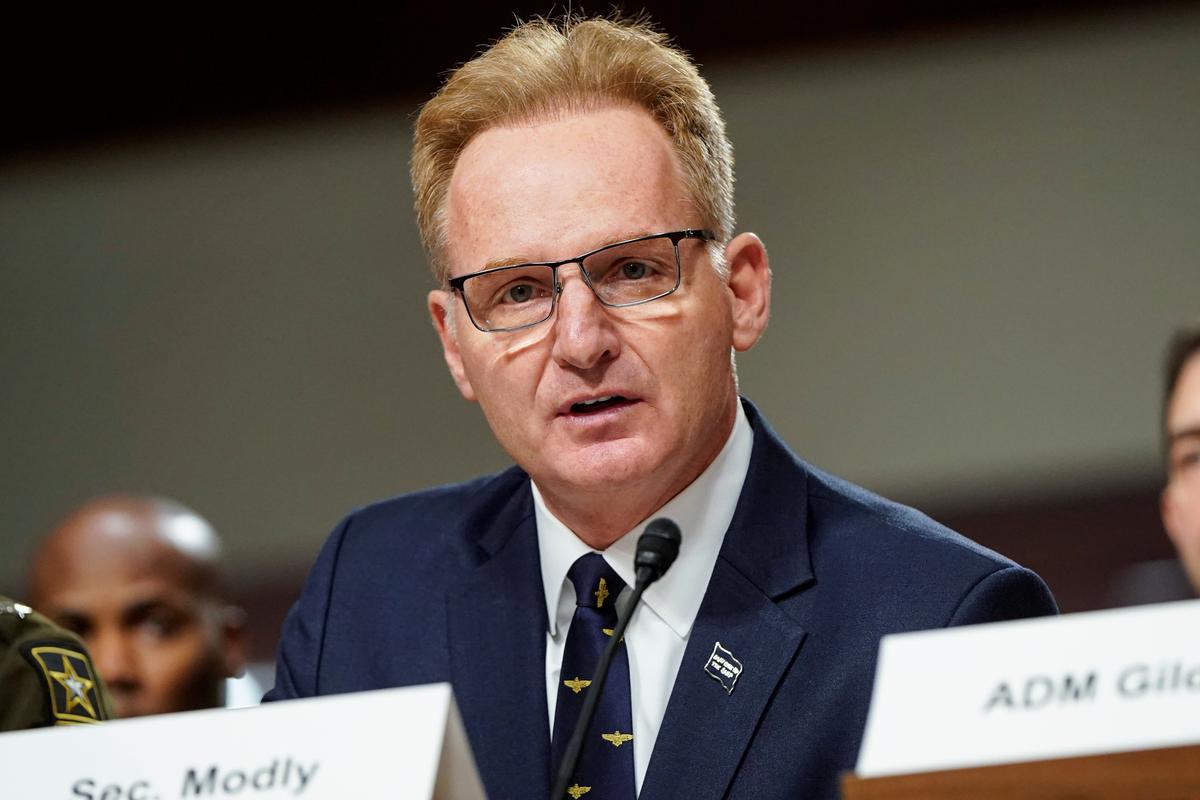 WASHINGTON (Reuters) – U.S. President Donald Trump said he may get involved in a deepening crisis in the Navy after its top civilian on Monday ridiculed a revered former commander whose letter pleading for help for his coronavirus-stricken aircraft carrier was leaked to the public.

In a surprise speech to crew members of the aircraft carrier Theodore Roosevelt that was meant to be a private address, Acting Navy Secretary Thomas Modly defended his decision to relieve Captain Brett Crozier of his command due to the leak.

“If he didn’t think that information was going to get out into the public in this information age that we live in, then he was A, too naive or too stupid to be a commanding officer of a ship like this,” Modly said on the carrier while it was docked in Guam on Monday.

“The alternative is that he did it on purpose.”

Crozier, who took command of the Theodore Roosevelt in November, had written a four-page letter describing a bleak situation aboard the carrier as more of his crew began falling ill.

Modly said the letter, and the leak, amounted to a betrayal by the captain, who was responsible one way or another.

U.S. officials verified the recording of Modly’s speech heard by Reuters. On Monday, Modly issued a statement that said: “I stand by every word I said, even, regrettably any profanity that may have been used for emphasis.”

President Donald Trump, in a White House briefing, suggested he might be able to resolve the situation.

“You have two good people and they’re arguing… I’m good at settling these arguments. So I may look into it in great detail, in detail and I’ll be able to figure it out very fast,” he said.

Crozier should not have sent his letter, but he did not “want to destroy somebody for having a bad day,” Trump said.

A sailor on board the ship told Reuters that Modly’s speech only angered the crew.

“Nobody likes what he had to say… He made everyone more irritated,” said the sailor, who spoke on condition of anonymity.

Crozier’s crew members showed their disapproval of Modly’s decision by posting videos online last week of their captain’s emotional sendoff. Sailors hailed Crozier as a hero, out to defend his crew at great cost to his career.

Some 173 crew have tested positive so far, possibly including Crozier himself.

Modly and Trump have both been criticized for the decision to relieve Crozier of command.

“Acting Secretary Modly’s decision to address the sailors on the Roosevelt and personally attack Captain Crozier shows a tone-deaf approach more focused on personal ego than one of the calm, steady leadership we so desperately need in this crisis,” Smith said in a statement.

In his letter, Crozier called for “decisive action”: removing more than 4,000 sailors from the ship and isolating them, and wrote that unless the Navy acted immediately it would be failing to properly safeguard “our most trusted asset – our sailors.”

The letter put the Pentagon on the defensive and alarmed families of those on the vessel.

One U.S. official, speaking on condition of anonymity, said military officials had recommended against firing Crozier, arguing that it was better for an investigation to be complete.

The official said Modly was made aware that the White House wanted Crozier out, though it does not appear that Trump directed him to do so.