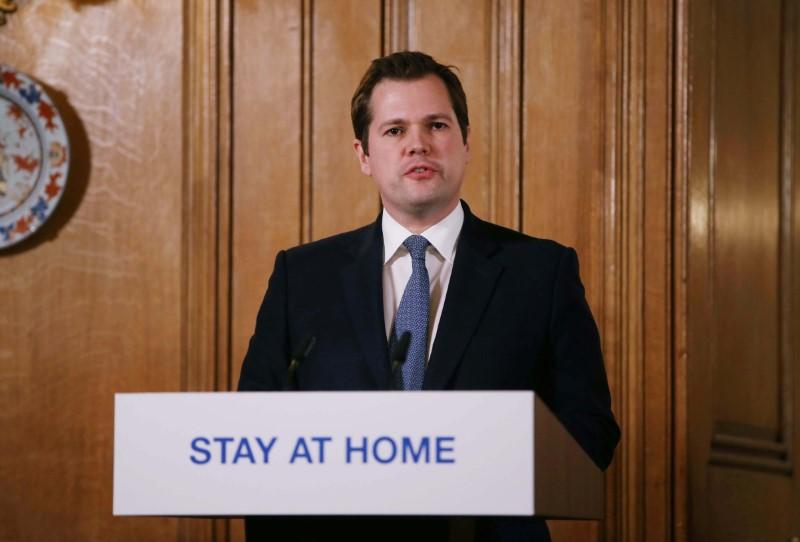 FILE PHOTO – Britain’s Secretary of State for Housing, Communities and Local Government Robert Jenrick speaks during a news conference on the ongoing situation with the coronavirus disease (COVID-19) in London, Britain March 22, 2020. Ian Vogler/Pool via REUTERS

LONDON (Reuters) – Britain is aiming to increase the number of tests for coronavirus to 25,000 a day by the middle of the month from its present capacity of 12,750 a day, housing minister Robert Jenrick told Sky News on Wednesday.

Britain is beginning to test medical staff in additional to patients in hospital, but critics have said it is not expanding testing fast enough or wide enough.

“We now have capacity to test 12,750 people every day, we were focusing the capacity that we had on people in critical conditions, which was on medical advice,” he said.