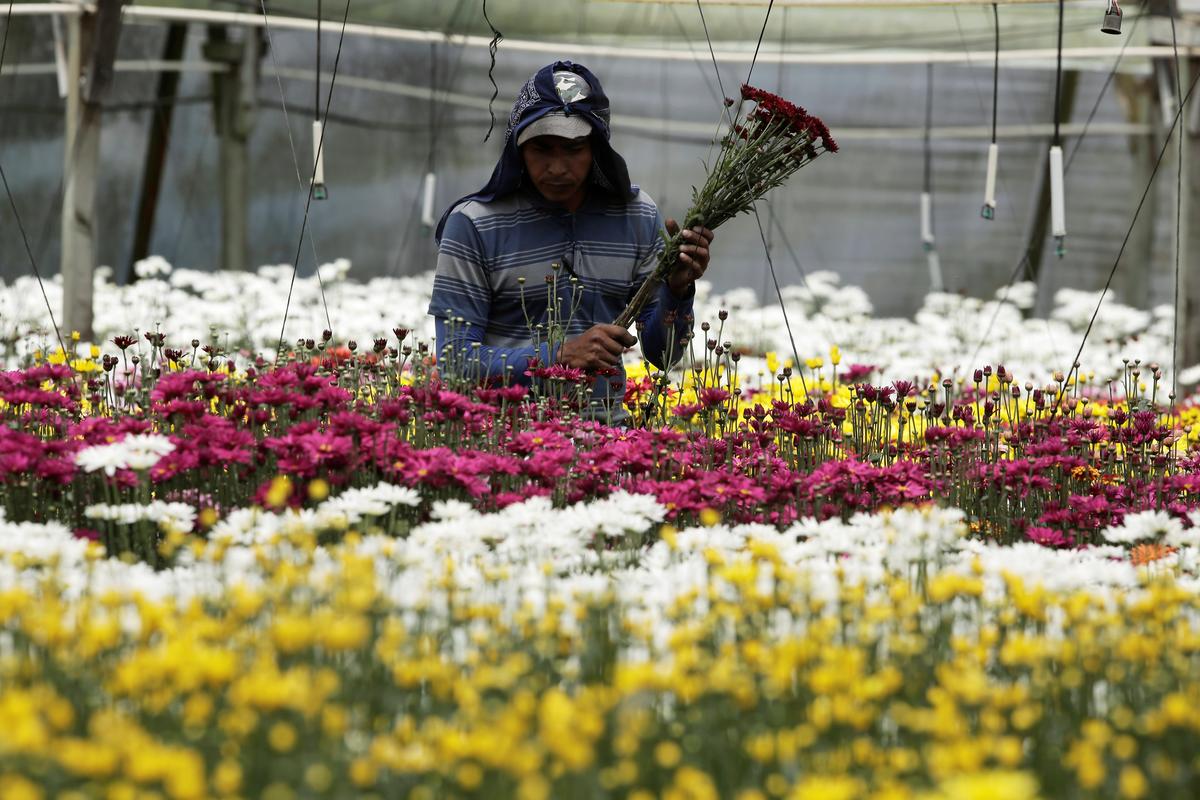 CARTAGO, Costa Rica (Reuters) – Costa Rican flower farmers have started destroying lilies, roses and chrysanthemums they have lovingly tended for months after the coronavirus outbreak led to the suspension of flights to markets in the United States and Canada.

A worker cuts flowers in a nursery, while flower growers have started destroying their products by failing to export them due to export restrictions after the coronavirus disease (COVID-19), in Llano Grande, Costa Rica, March 30, 2020. REUTERS/ Juan Carlos Ulate

“This was our work. We have grown and cared for them since they were seeds,” said Cristian Quiros, a worker at the Flores y Verdes del Irazu farm in the central city of Cartago. “Now we have to throw them away, and it’s such a difficult feeling.”

The coronavirus has spread to 206 countries and territories, killing over 42,000 people and threatening the livelihoods of millions of others who are struggling to make ends meet.

William Quiros, owner of the flower farm, estimated that Costa Rica’s sector lost $10 million in the past two months alone from not being able to sell cut flowers, and $25 million in total when factoring in lost sales of other types of flowers.

March and April are usually the top months in revenue terms for flower farms in Costa Rica, one of the largest exporters in the Americas, with Mother’s Day in the United States generating peak demand.

Quiros said his workers are now cutting the flowers anyway because growing them would deplete the soil of nutrients. But their hours and pay have been reduced significantly.

“They can at least buy food and survive while waiting to see what will happen,” Quiros said, adding he was worried about how long it would take for things to return to normal. “We don’t know when this will end.”

Pablo Leyton, another farm laborer, said he previously worked 48 hours a week, being the main bread winner for his family. Now his working hours have been halved to 24 hours.

“It’s difficult for me to take so little home to my family,” he said.