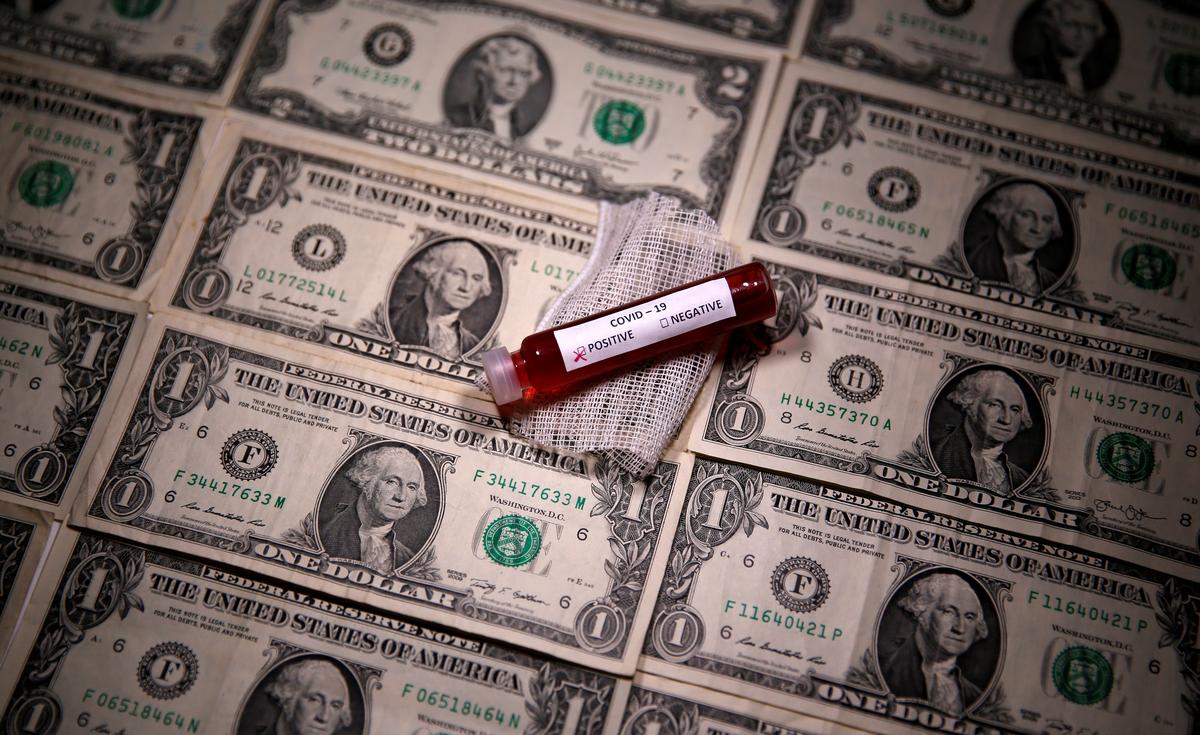 LONDON/NEW YORK (Reuters) – Global mergers and acquisitions activity plunged 28% in the first quarter to its lowest level since 2016 as the devastating economic effects of the coronavirus pandemic took hold in March, compounding a slow start to the year for dealmakers.

Europe saw its deal volume more than double to $232 billion thanks to a handful of mega-deals clinched just weeks before the virus started battering the continent’s economies.

With large swathes of the globe shut down, the M&A pipeline remains patchy and likely to be dominated by rescue deals, restructurings and nationalizations as governments and central banks try to shore the economy up.

“This crisis is unique. It is something that our generation has never witnessed before,” said Luigi de Vecchi, chairman of EMEA banking capital markets advisory at Citigroup.

“When stock markets tumble 30% you need to hope to renegotiate a deal if you have the contractual ability to do so. However, if you haven’t reached an agreement you are likely to delay the signing until you have better visibility,” he said.

“We have seen the number of deals announced globally drop 43% year-over-year in the last two weeks,” said Bank of America’s global M&A head Patrick Ramsey, adding the downward trend was expected to continue into the second quarter.

“Once we get to the back-end of this, we will see a meaningful snap-back in activity. The degree of that snap-back will depend on the economic outlook and equity market recovery,” Ramsey said.

“If market turmoil and volatility persist, we will see a polarization between companies in more resilient sectors which can better withstand this crisis, and distressed players in the worst-affected sectors which will be starving for cash,” said Paulo Pereira, a founding partner at Perella Weinberg Partners.

Pereira added that a rebound in M&A activity will hinge on whether distressed companies will have a “material destabilizing impact” on other sectors, including financial services.

“Inevitably there will be some impact because economic activity is interlinked,” Pereira said. “But the financial system is now better capitalized than in 2008 and the actions of governments and central banks will be key in determining the ability of the economy to rebound,” he said.

“You will see a return of state intervention, triggered not only by protectionist moves to deter unwanted takeovers but by the sheer necessity to rescue entire industries, revive strategic assets and, where possible, create domestic champions through consolidation,” he said.

The bleak outlook has proved a boon for investment banks to whom clients have turned for advice on how to weather the storm.

“Periods of turmoil underscore the value of a trusted adviser and a global platform that spans not only M&A but also restructuring and sovereign advisory,” said Peter Orszag, Lazard CEO of financial advisory.

“We remain active advising clients as they navigate the drivers of how long the crisis will last, how they should adjust their balance sheets, and what else they should be doing to respond,” Orszag said.

Investment banks face tough decisions on whether to approve potentially risky loans in order to stay close to their clients, hoping to win mandates when dealmaking picks up again.

“This is the moment when your clients are coming to you to ask for financing and not just for advice. Supporting your clients in these difficult times is a test of loyalty that can prove vital for a long-term relationship,” de Vecchi said.

Reporting by Pamela Barbaglia in London and Greg Roumeliotis in New York; Editing by Sonya Hepinstall