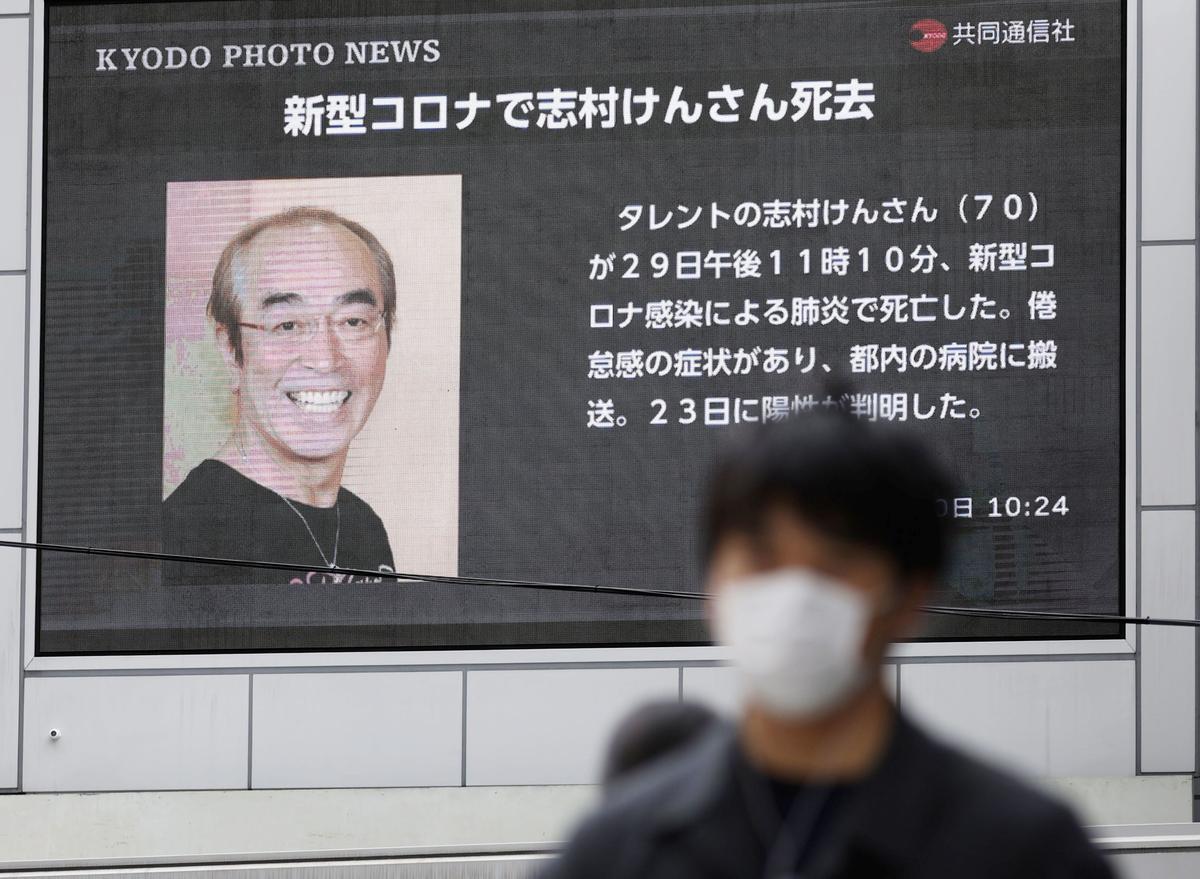 A man wearing a protective face mask, following an outbreak of the coronavirus disease (COVID-19), walks past in front of a huge screen reporting death of Japanese comedian Ken Shimura, who had been hospitalised after being infected with the new coronavirus, in Osaka, western Japan March 30, 2020, in this photo taken by Kyodo. Mandatory credit Kyodo/via REUTERS

TOKYO (Reuters) – Japanese comedian Ken Shimura, who had been hospitalized after being infected with the new coronavirus, has died, becoming the first Japanese celebrity to die of the virus.

His death, late on Sunday, set off widespread grief among fans.

Shimura, 70, one of Japan’s best-known comedians with a career dating back to the early 1970s, reportedly had lung cancer surgery in 2016. He developed a fever and respiratory problems on March 19 and was hospitalized, media said.

Dominating the television comedy scene in the 1970s and 1980s, one of his best-known acts was a clueless feudal lord with a face painted white with thick black eyebrows.

Fans took to social media to lament his death, which some said should serve to highlight what a major threat the coronavirus actually is.

“So very sad. It’s probably bad to say this, but I hope his death helps Japanese, who still don’t seem to be taking this virus seriously, start to change their attitude,” one Twitter user wrote.

“I pray for the repose of his soul but want to say on top of this that we are at a very critical period and need to make every effort to prevent the spread of this disease,” he told a regular news conference.

Japan on Sunday confirmed 68 new cases, a record daily increase, taking its tally to more than 1,800 infections, with 55 deaths, as of Sunday afternoon, excluding 712 cases and 10 deaths from a cruise ship that was moored near Tokyo last month, NHK said.