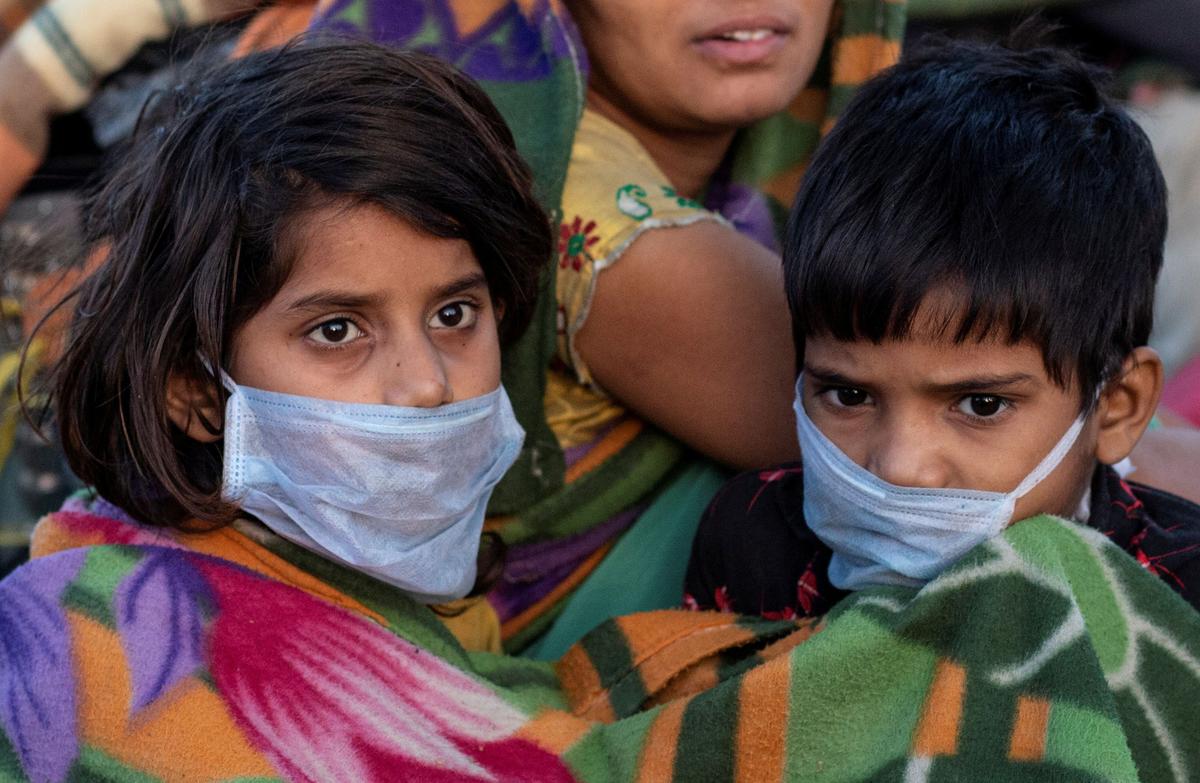 NEW DELHI/BENGALURU (Reuters) – India has no plans to extend a 21-day lockdown to slow the spread of the coronavirus, the government said on Monday, as it struggled to keep essential supplies flowing and prevent tens of thousands of out-of-work people fleeing to the countryside.

A migrant worker’s family draped in blanket rests along a road as they return to their village, during a 21-day nationwide lockdown to limit the spreading of coronavirus disease (COVID-19), in New Delhi, India, March 30, 2020. REUTERS/Danish Siddiqui TPX IMAGES OF THE DAY

Prime Minister Narendra Modi ordered the country’s 1.3 billion people to remain indoors until April 15 saying that was the only hope to stop the epidemic. But the order has left millions of impoverished Indians jobless and hungry.

Defying the lockdown, hundreds of thousands of workers who live on daily wages left big cities like Delhi and Mumbai on foot for their homes in the countryside, many with families. They said they had no food or money.

Cabinet Secretary Rajiv Gauba told Reuters partner, ANI, that there was no plan to extend the shutdown beyond the three weeks, rejecting reports that a prolonged closure was likely.

India has 1,071 cases of the coronavirus of whom 29 have died, the health ministry said on Monday. The numbers are small compared with the United States, Italy and China, but health officials say India is weeks away from a major surge in cases that could overwhelm its weak public health system.

Neighboring Nepal, however, announced it would extend its shutdown for another week beginning on Tuesday. The landlocked country has had only five cases of the virus and no deaths, but it is concerned the virus will spread as people start traveling.

“If the lockdown is not extended then the movement of people increases raising the risk of more virus cases,” said Surya Thapa, an aide to Prime Minister K.P.Sharma Oli.

A major concern in India is that the hundreds of thousands of workers going homes will spread the virus deep into the hinterland, said a top health official.

“It’s an evolving situation with daily new challenges coming up like having migratory populations moving from one place to another. Like non-affected states, adjoining affected states,” said Dr S.K. Singh, director of the National Centre for Disease Control, which investigates and recommends control measures for outbreaks.

The government on Sunday ordered authorities in states to stop the migrant workers from moving and to set up shelters on highways where stranded people can get access to food and water until the lockdown is lifted.

Following is data on the spread of the coronavirus in South Asia’s eight countries, according to government figures:

– Sri Lanka has registered 120 cases, including one death.

– Afghanistan has registered 128 cases, including 3 deaths.

– Bangladesh has registered 48 cases, including 5 deaths.

– Maldives has registered 28 cases and no deaths.

– Nepal has registered 5 cases and no deaths.

– Bhutan has registered 4 cases and no deaths.