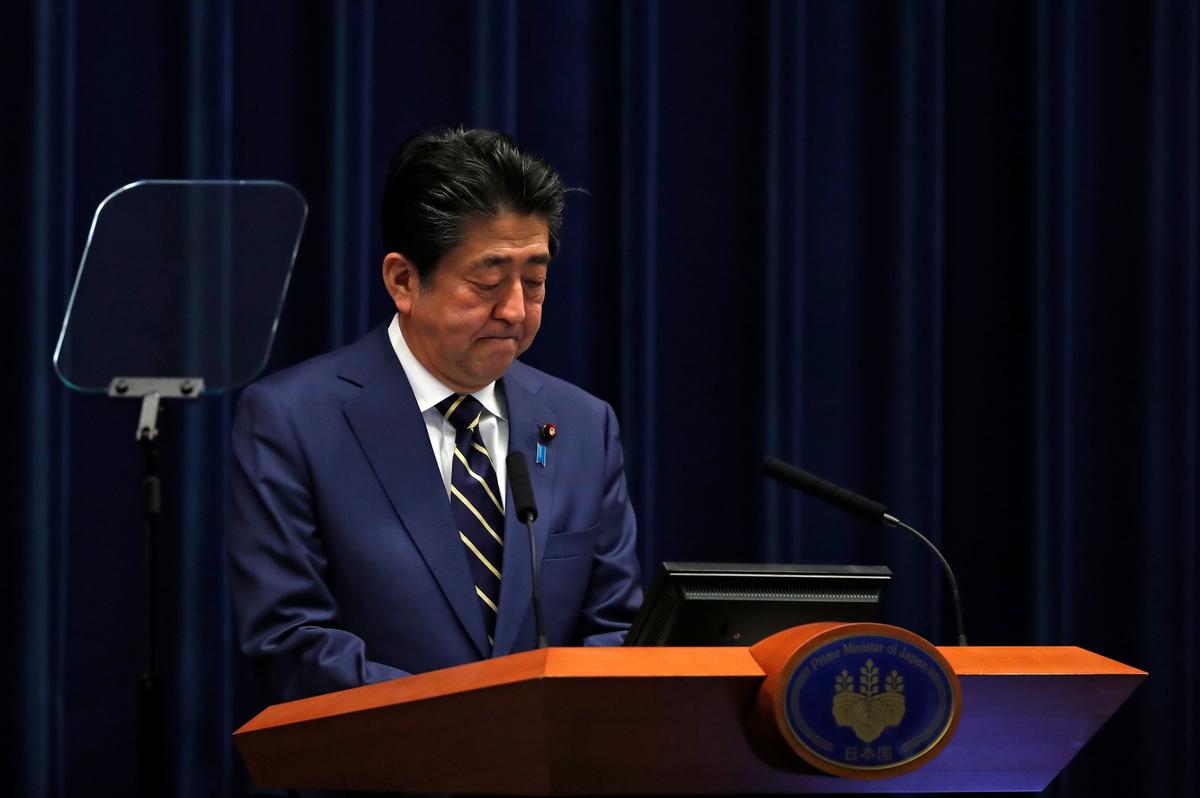 TOKYO (Reuters) – Japan’s Prime Minister Shinzo Abe on Saturday promised a massive unprecedented package of steps to cushion the economy from the coronavirus pandemic, saying the country was close to a national emergency as infections surged in Tokyo.

Abe told a country that is seeing a rising number of deaths and cases from the outbreak that the “huge, powerful” measures would be greater than the response to the global financial crisis of 2008.

“Japan is holding up barely, but it would not be strange if there were a rapid spread (of the virus) at any time,” Abe told a nationally televised news conference, though he held back from declaring a state of emergency. He also announced plans to approve the drug Avigan that has proved helpful in treatment.

The government will craft the stimulus within about 10 days, Abe said, as officials confirmed a further 60 cases in Tokyo.

Tokyo Governor Yuriko Koike earlier issued a plea following a surge in coronavirus infections this week that she said put Tokyo on the brink of an emergency.

She has asked the tens of millions of people in the city and surrounding regions to avoid non-essential, non-urgent outings until April 12, and particularly this weekend.

Infections in Japan have climbed to more than 1,400, with 47 deaths, excluding those from a cruise ship quarantined last month. Hit early by the coronavirus in its initial spread from China, Japan had seen a more gradual rise than the recent surge in much of Europe and the United States.

Abe this week called the situation “a national crisis”. People in the Osaka area in western Japan have also been asked to stay at home.

While the current level of infection appears low for a city of nearly 14 million, with many millions more living in surrounding suburbs, experts warn there is a high risk that the number of cases could spiral as authorities have been unable to track all the contacts of more than half of the latest cases.

The government has deployed the military to greater Tokyo’s Narita and Haneda airports to assist in virus screenings and the transport of people placed in quarantine, NHK said.

The voluntary calls by Koike and other Japanese leaders for people to stay at home compares with the more rigors lockdowns in major cities in Italy, Britain, France, Spain, and the United States – the new global epicenter of the virus.

Globally, infections have topped half a million with more than 20,000 deaths, with the contagion affecting more than 100 countries.

Abe, who has not declared a national state of emergency, is expected to order economic steps including $135 billion or more in spending, government officials and lawmakers say, joining policymakers globally trying to blunt a downturn.

In a quiet neighborhood close to the prime minister’s private residence in central Tokyo, the scene was typical of a Saturday morning. Some people were jogging and walking their dogs. A few stopped to pray at a local shrine. Traffic was brisk on local roads.

“I’m a little worried, but I have an appointment today, which is why I’m outside,” said a 41-year old man walking down the street, who declined to be named.

“It’s not something that I can’t cancel, but I do have to meet someone. I will be riding the train later.”

Trains weren’t empty but were far less crowded than on a normal weekend. Some department stores, movie theaters, museums and parks closed, but many supermarkets and convenience stores were open as usual.

In Setagaya, a popular residential area in western Tokyo, many restaurants and shops were shut, although those that were open were doing brisk business, including an Italian restaurant that was filled with some young families and older couples.

Nearby, laborers worked on a construction site as if it were a normal day.