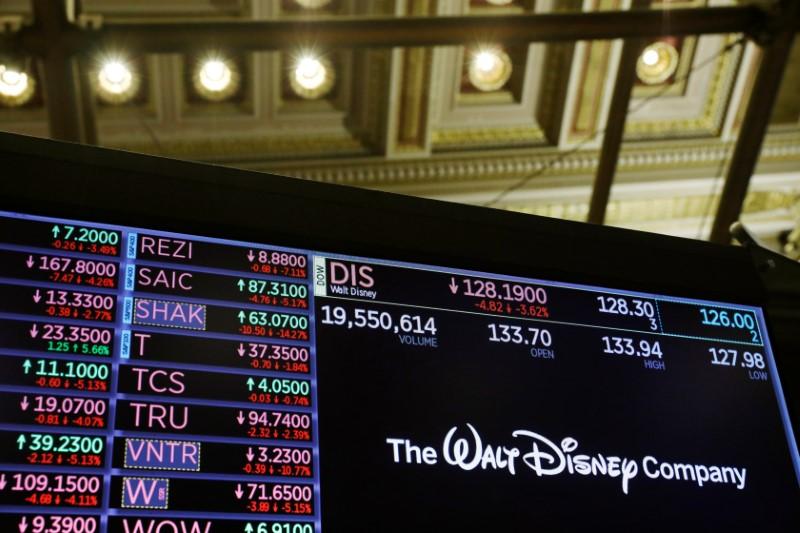 FILE PHOTO: The logo of the Walt Disney Company is displayed above the floor of the New York Stock Exchange shortly after the closing bell as the market takes a significant dip in New York, U.S., February 25, 2020. REUTERS/Lucas Jackson

LOS ANGELES (Reuters) – Movie studios Walt Disney and Universal Pictures said on Thursday they were suspending the release of box office data because of the closure of movie theaters in multiple countries in a bid to contain the coronavirus.

The decision follows the worst weekend in more than two decades at the North American box office last week.

“Given the current large number of theater shutdowns around the globe, Disney will suspend global weekend reporting for the time being. Wishing you and your families the best during these testing times and please be safe,” Disney said in a statement.

Universal Pictures said it was also pausing the circulation to the media of box office data.

Movie studios typically release box office receipts from movie theaters around the world that measure the popularity of their films with the public.

However, in the past few days movie theater chains in the United States, Canada and Britain have shut down due to bans on large gatherings. Italy, France, South Korea and other countries have imposed more stringent lockdowns in a bid to restrict the spread of the disease.

Movie theaters in China, Hollywood’s biggest overseas market, have been shuttered for weeks because of the virus.

Hollywood’s two other main movie studios – Sony Pictures and Warner Bros – did not immediately respond to queries on Thursday on whether they also planned to stop releasing box office data.

Ticket sales in North America last weekend slumped to the lowest levels in more than 20 years, generating roughly $55 million between Friday and Sunday.