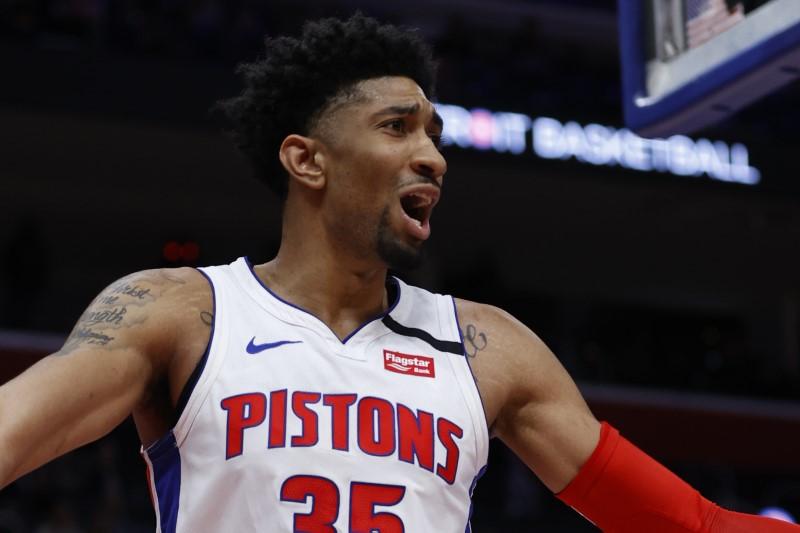 Wood becomes the third known NBA player to test positive for the virus. Utah Jazz players Rudy Gobert and Donovan Mitchell are the others.

In fact, Wood went up against Gobert on March 7 in Detroit, and the two got mixed up in an incident that resulted in double technical fouls.

Wood had 30 points and 11 rebounds in that game, while Gobert had 10 points and 12 rebounds. Videos from the game show many times where their bodies come together or their sweaty faces are in close proximity.

The 24-year-old Wood was in the midst of a breakout season prior to play being suspended Wednesday night after Gobert’s positive test. Mitchell’s test came back positive on Thursday.

Wood averaged 13.1 points and 6.3 rebounds in 62 games. The UNLV product had a career-best 32 points against the Philadelphia 76ers on Wednesday.

Kirkland was one of the officials assigned to Wednesday’s game between the New Orleans Pelicans and host Sacramento Kings that was postponed.

Kirkland had worked the Jazz’s game on Monday in Salt Lake City against the Toronto Raptors. After news of Gobert’s positive test broke, players on the Pelicans and Kings became aware that Kirkland had officiated the game involving Gobert and expressed their reluctance to play the game to NBA officials.

The game was canceled a short time later.

According to ESPN, Kirkland is now cleared to leave Sacramento and can resume all activities without restriction.