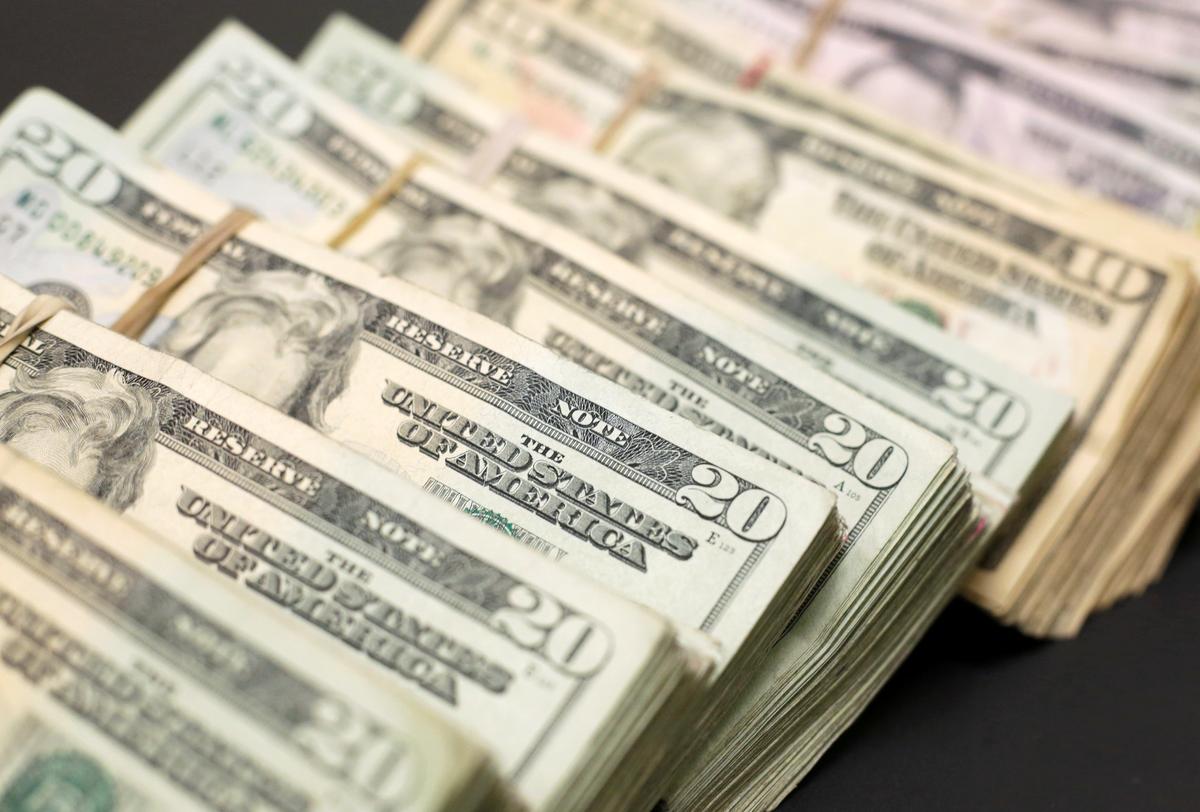 TOKYO (Reuters) – The dollar stood tall on Friday as investors scrambled for the world’s most liquid currency amid deepening panic about the coronavirus while the euro nursed losses after the European Central Bank disappointed by not cutting rates.

The greenback held gains against most currencies after a blowout in swap spreads showed investors are facing a shortage of dollars as equity markets plunged on fears about the economic impact of the flu-like virus.

The ECB on Thursday unveiled a stimulus package that provides loans to banks with rates as low as minus-0.75% and increases bond purchases.

The Federal Reserve moved to provide $1.5 trillion in short-term liquidity and changed the durations of Treasuries it buys, but money markets show investors expect the Fed will have to go even further to restore calm to financial markets.

Italy, which has become Europe’s hot spot for coronavirus infections, has effectively put its entire country on lockdown to try to slow the virus.

Investors have so far expressed disappointment with the government response to rising infections in the United States, and traders warn there could be more disruptions in a broad range of financial markets.

“Risk off used to benefit the yen, but now we see that risk off is supporting the dollar,” said Takuya Kanda, general manager of the research department at Gaitame.com Research Institute in Tokyo.

“We are in panic mode, because we don’t know how far stocks will fall.”

The euro EUR=EBS traded at $1.1182, following a 0.72% decline on Thursday in the wake of the ECB decision. For the week the common currency was on course for a 0.9% decline.

Against the pound GBP=D3 the dollar held steady at $1.2544 in Asia on Friday, but that followed its biggest one-day gain against sterling since July 2016. The dollar was up 3.8% against sterling this week, its best performance since October 2016.

The greenback was also strong against the Swiss franc CHF=EBS, trading at 0.9456, headed for a 0.9% weekly gain.

The ECB rolled out yet another stimulus package on Thursday to help fight off the coronavirus pandemic but did not join its counterparts in the United States and Britain by cutting rates.

Investors, who had bet the ECB could cut rates at least 10 basis points and possibly more, were disappointed.

ECB President Christine Lagarde also aggravated a market selloff by saying it was not the central bank’s job to close the spread between the borrowing costs of various members, comments which she later tried to roll back.

Authorities are rushing to introduce travel bans, extra financial liquidity and monetary easing as the rapid spread of the virus across the world slams the brakes on the global economy.The dollar rose 0.34% to 105.01 yen JPY=EBS on Friday, but was still on course for its third weekly decline.

With signs of financial stress emerging across different markets, the New York Federal Reserve said it would make the money available in three tranches of $500 billion each and that it would start purchasing a broader range of U.S. Treasury securities.

The Fed meets next week and many analysts now expect the central bank to chop its own target policy rate, quite possibly to zero, and give markets new guidance about how it plans to combat the economic fallout from the coronavirus.

Cross-currency basis swap spreads for the yen JPYCBS3M= and the pound GBPCBS3M=ICAP blew out on Thursday in what traders say is a sign of a dollar shortage.

Highlighting the sense of crisis, senior officials from the Group of Seven talked on Thursday and confirmed they will cooperate closely as equities tumble and corporate bond spreads widen.

The Canadian dollar CAD=D3 eased slightly to C$1.3939 against the greenback, approaching a four-year low.

Canadian Prime Minister Justin Trudeau’s wife has tested positive for the coronavirus, his office said. Trudeau is not showing any symptoms but will stay in isolation for 14 days, according to his office.

Elsewhere in currencies, the Australian AUD=D3 and New Zealand dollars NZD=D3 managed to bounce more than half a percent against the greenback in Asian trade. The antipodeans were mauled on Thursday as investors shunned riskier currencies that are linked to the global commodities trade.