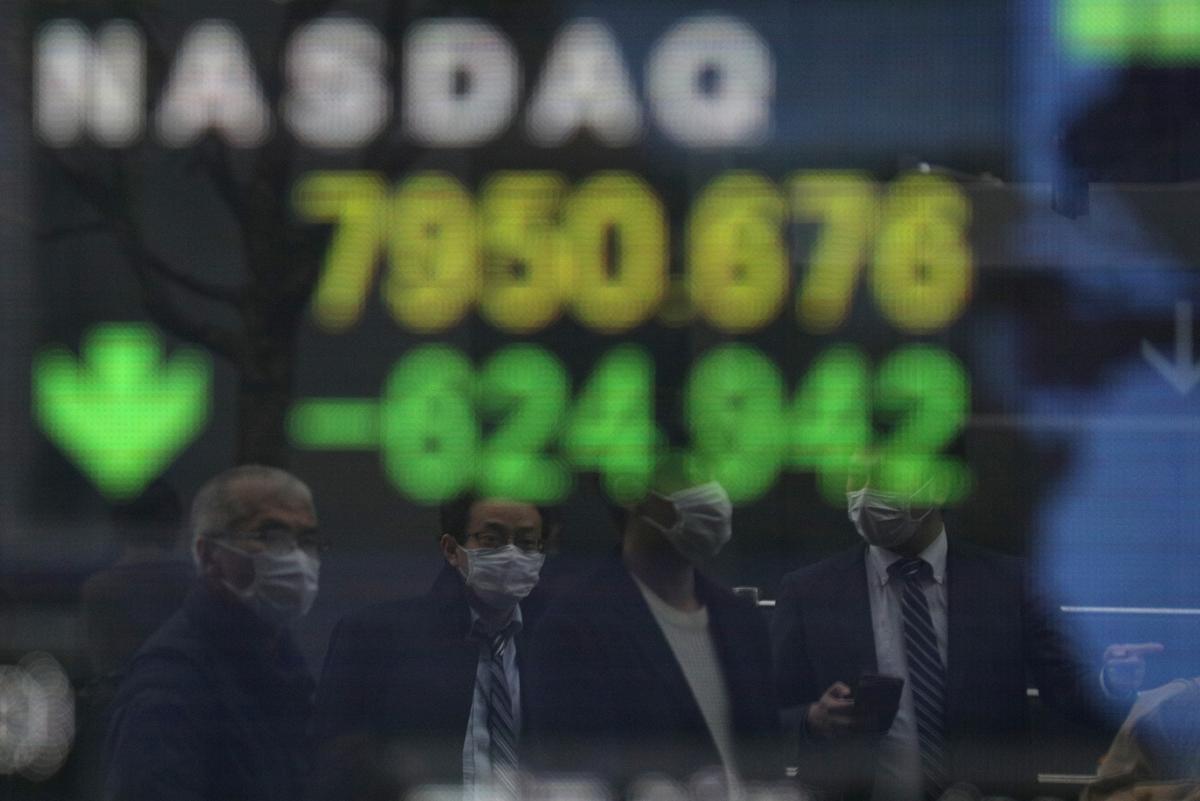 TOKYO (Reuters) – Global shares were set for a rocky ride on Thursday as investors tally the economic damage of coronavirus, a day after the U.S. Dow Jones industrials entered bear market territory and world health officials declared the virus a pandemic.

Markets desperate for government action to offset the impacts of the global outbreak will look to an address by U.S. President Donald Trump scheduled for 9 p.m. EDT (0100 GMT).

“Markets are crying out for a co-ordinated response to COVID-19 headwinds and a lack of concrete U.S. policy action is rattling markets,” Tapas Strickland, director of economics at National Australia Bank in Sydney said in a report.

European shares closed at a 14-month low even after Britain announced a $39 billion war chest to soften the impact of the coronavirus.

The FTSE 100 .FTSE closed down 1.6%, extending a slump into a fifth day, as investors doubted whether the stimulus and the rate cut would be enough to counter the shock from the coronavirus outbreak.

Some safe-haven assets gave up recent gains, a move that some market players suspect is a desperate bout of profit-taking to make up for losses made elsewhere.

The 10-year U.S. Treasuries yield rose back to 0.878% US10YT=RR, more than 50 basis points above a record low of 0.318% touched on Monday. Some analysts say the rise could reflect worries about an increase in government spending for stimulus.

But rising yields by no means suggest any easing in expectations of Fed rate cuts.

Oil prices were wobbly, having fallen about 4% on Wednesday, on renewed weakness in the stock market and as Saudi Arabia and the United Arab Emirates announced plans to escalate the burgeoning price war.

In the currency market, the dollar slid against the safe-haven yen and the Swiss franc.